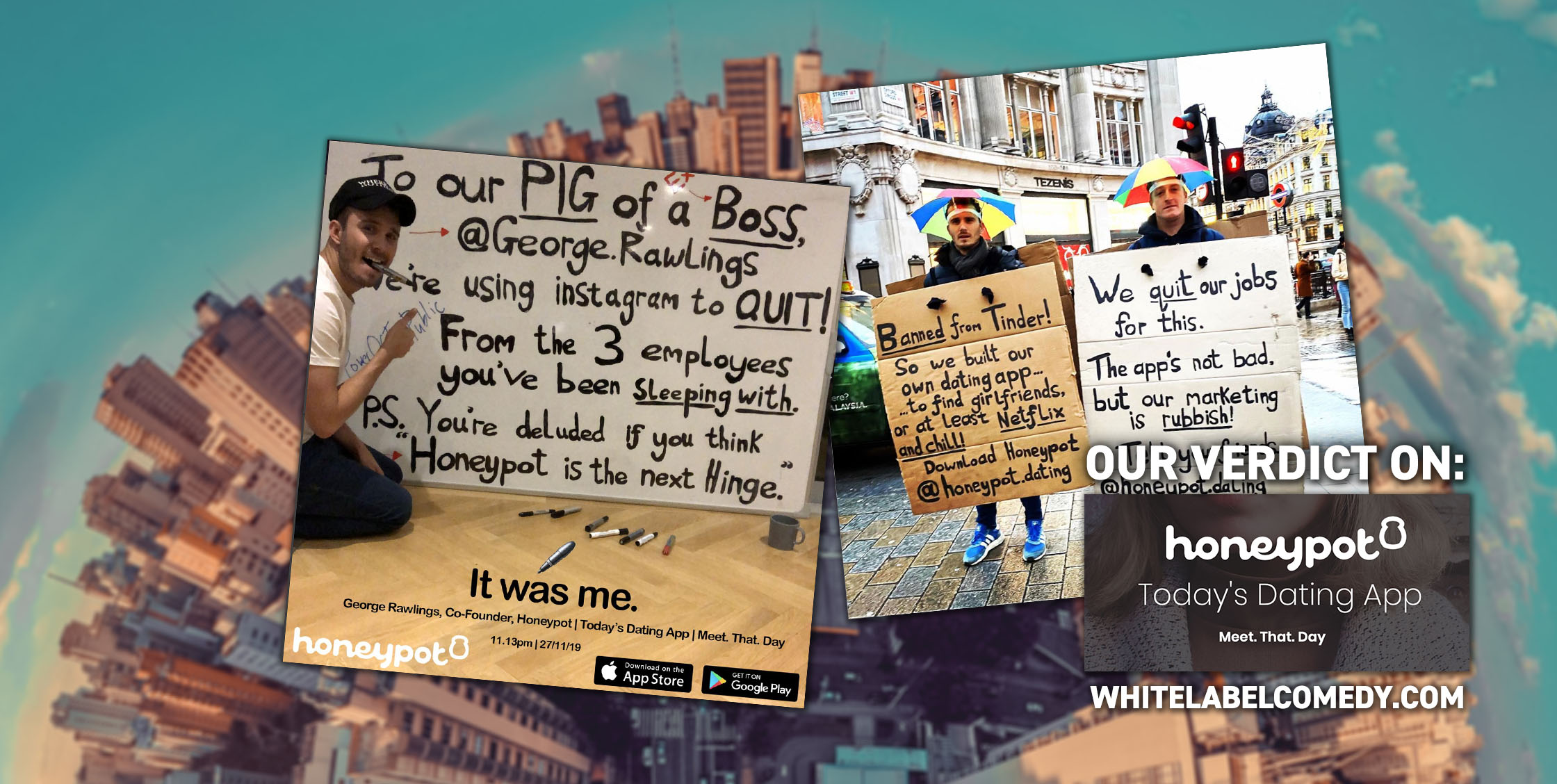 As a marketer (and as a former single man) I’ve seen countless Dating Apps burst onto the scene with a huge fanfare telling us all that they’re the next big thing.

Some of them (like Bumble and Hinge) stick around and challenge the status quo. Others (like Carrot. Anyone remember Carrot? No – me neither – but Google says it was a thing) disappear into the night having failed to find love for their users, or for themselves.

Launching a new Dating App must be a logistical nightmare.

If you’re launching a productivity tool, and on Day Two you only have one user – that user might still love it, keep using it, and eventually spread the word.

A Dating App with just one user, though? They’d last all of 7 seconds before deleting you, and heading back to Tinder.

To succeed in the dating space, you need to get a critical mass of single people onto your app at the exact same moment – and each one needs a whole load of the others to either live, or work, nearby.

The most obvious way to do it is to throw Advertising Money at the problem. Sure, it’ll cost you hundreds of thousands right now – but in the long-run it’ll pay off. (Or at least at will if your Dating App is among the 10% that succeed, and not one of the 90% that flop).

But there is another way.

I first heard about Honeypot back in August, when a friend tweeted a picture of their first ever stunt – a whiteboard outside the tube, supposedly put there by a girl angry at her cheating ex boyfriend. It was funny. And believable. And it ended with a final p.s. – “You’re deluded if you think Honeypot is the next Hinge”.

The picture went viral. In fact – lots of pictures of the same board all went viral. And all of them contained that tiny bit of stealth marketing: the idea that Honeypot maybe IS the new Hinge.

That stunt was the first of many – and Honeypot’s founder and CEO George Rawlings has since pledged not to spend a single penny on Paid Advertising. At least, not any time soon.

I reached out to ask him if he had any stats tell us how well this Guerrilla Marketing is doing – and while for obvious reasons he didn’t want to give away anything commercially sensitive, he did tell me that their most recent campaign (another whiteboard, this one pretending to be from three of his own employees, all using instagram to “quit” because they’ve found out he – their “pig of a boss” – had been sleeping with all three) cost them a total of £39.99 to run, and brought in engagement equivalent to £4,200 worth of Paid Ads.

And it’s not just the stunts. Their social feeds are full of relatable jokes that celebrate the ups (and downs) of single life – which helps reinforce the message that the people behind the App really are “just like me”. 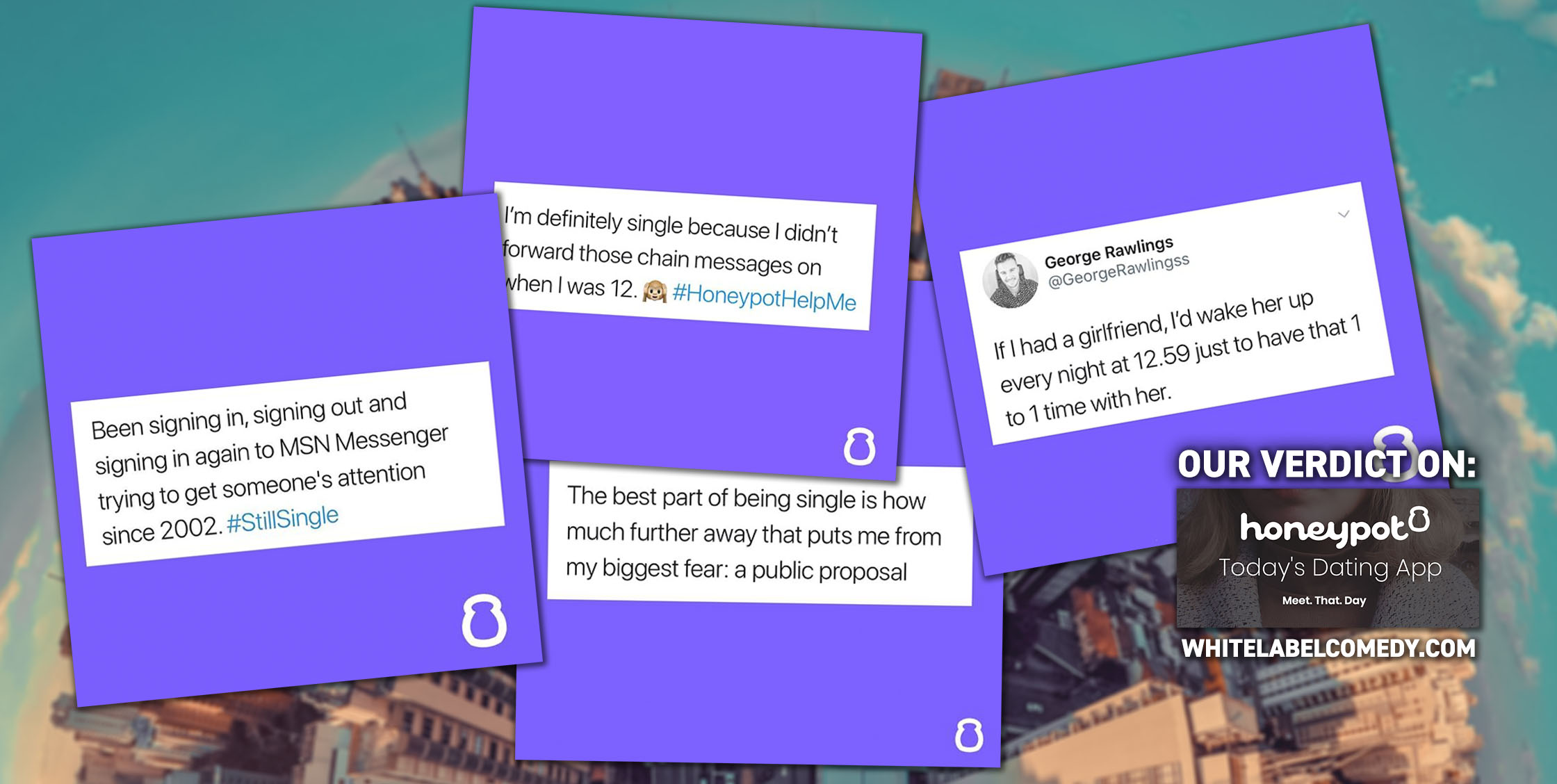 There’s one thing I want you all to learn from Honeypot – and this applies whatever kind of product, service or brand you’re trying to market:

You should start spending your money on engaging content that travels, and stop spending it on Paid Ads that don’t.

If your current Ad is bringing in 500 new users a day, but you need 1,000 – don’t fall into the trap of thinking the only way to do that is double your spend.

Instead – craft some content that’s actually compelling. Actually engaging. Something your audience would want to consume even if you weren’t paying to place it in front of their eyeballs.

Put out five pieces, see which ones travel the furthest – and then use your Ad Spend to place those pieces in front of our eyeballs. You’ll get the results you need, without having to spend twice as much.

There is one thing I think Honeypot could do better though…

I’m absolutely loving their approach – and over the last few months I’ve seen it really work for them – but I do think they’re missing a trick.

Honeypot genuinely sounds like a really innovative App – with a whole load of USPs that make them stand out from the crowd.

The fact that it doesn’t just “feature” instagram-style stories – it’s powered by them – giving matches a taste of you right now, rather than you in those 5 carefully curated holiday pics. The focus on spontaneous dates for those who want less chat and more meet-ups. The idea of the “Honeypot” as a local area that’s full of single people, and great for meeting your match.

They want to position themselves as the next Hinge – and they’re doing that well – but they’re more than just the next Hinge. They’re unique – and I’d love it if their stealth marketing, once unpacked, could also communicate that uniqueness.

It’s easier to do than you’d think.

Especially with a hive-mind of Comedy Creatives sitting in your back pocket.

Speaking of Stealth Marketing – here’s a bit of ours…

Thinking about using Comedy Content to boost your brand online – but not sure where to start? In our new E-Book, we’ll walk you through five foolproof ways to turn your brand message into comedy content – and show you exactly how some of the world’s biggest brands have put those methods into practice, in ways you can easily replicate.

Find out which simple technique SpecSavers Opticians have been relying on to keep themselves in focus for the last two decades.

Discover how Amazon recently managed to get us laughing not just with, but at them, without even the tiniest risk to their reputation.

And learn how brands like Lego have been supercharging their engagement on social by jumping on-board breaking news stories fast – with their own funny twist.

For your free copy, just head to whitelabelcomedy.com/free