White Label Comedy » Blog » If you’re going to break a wall, make it the fourth one

If you’re going to break a wall, make it the fourth one 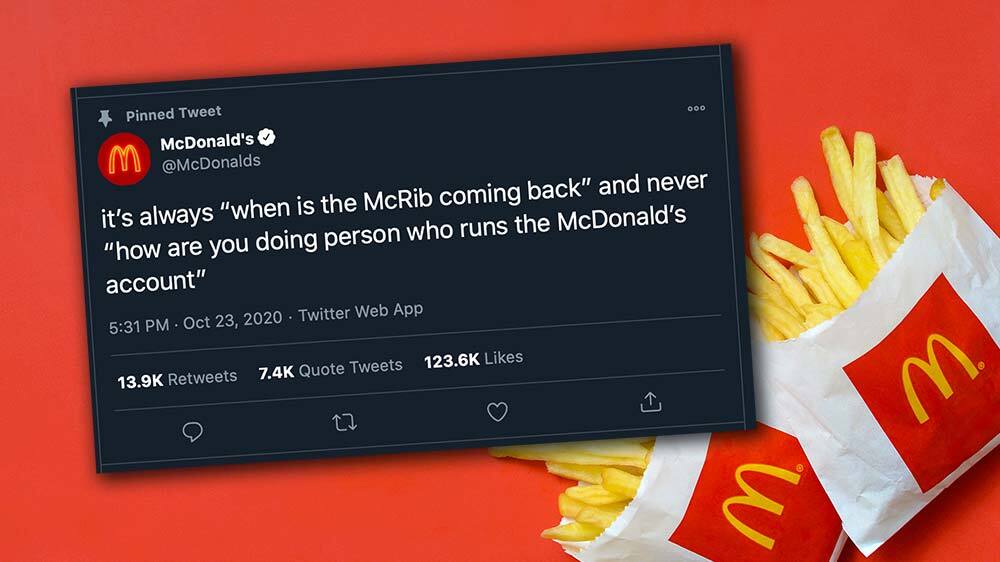 McDonalds did something this weekend that can teach us all a valuable lesson about brands on social.

They broke the fourth wall, and made a joke – not about the brand, the products, or even the problems their products solve.

They made a joke about what it’s like to be the guy behind the tweets.

They showed their humanity.

They gave us a glimpse behind the curtain.

And their audience went CRAZY for it.

The reason it worked?

People don’t want to buy from (or interact with) faceless brands.

They WANT brands to show their humanity.

And if you’re struggling to show that humanity in an “on-brand” way (and you might be – because not every brand has a hive-mind of TV’s best comedy writers living in their back pocket) – it doesn’t hurt, every now and then, to break the fourth wall.

Admit that you’re a person who works for a brand, not just a brand.

And make a joke at the same time. Ideally

They’ll love you for it.

The best thing about this joke? It whipped up McRib fans into a FRENZY – because it hinted that the sandwich might well be coming back.

The tweet has gone viral, and taken a stealth advert for the McRib (soon to return – I guarantee it) along for the ride.

One final twist in this tale: less than half an hour later, other brands were already copying their MO.

That’s how fast the internet moves.

If you want to be the first one to make the joke, rather than one of the thousands who awkwardly copy it – let’s talk.

And don’t be afraid to show your humanity every now and again.

You might be surprised at the response you get.

Advertising Creative, Copywriter, TV Producer, Comedy Writer and the Founder and Creative Director of White Label Comedy
PrevPreviousThere was a party, and you weren’t invited
NextMOMA kept up with the Kardashians – and Won?Next