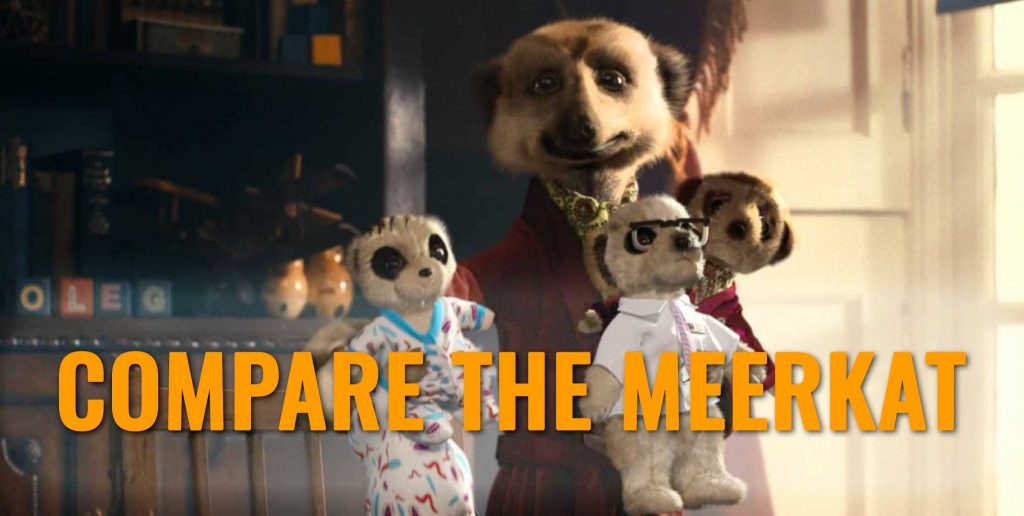 Back in 2009, a team of creatives from Ad Agency VCCP strolled into the offices of price comparison website Compare The Market and pitched them what was – quite frankly – a ridiculous idea.

“Ok – so you’re ‘CompareTheMarket.com’, but how about we don’t make Ads for you, we make them for a different website. CompareTheMeerkat.com”.

Thankfully, these Ad Men weren’t laughed out of the room. Instead, the brand decided to give it a go – and the Compare The Meerkat commercials were born. 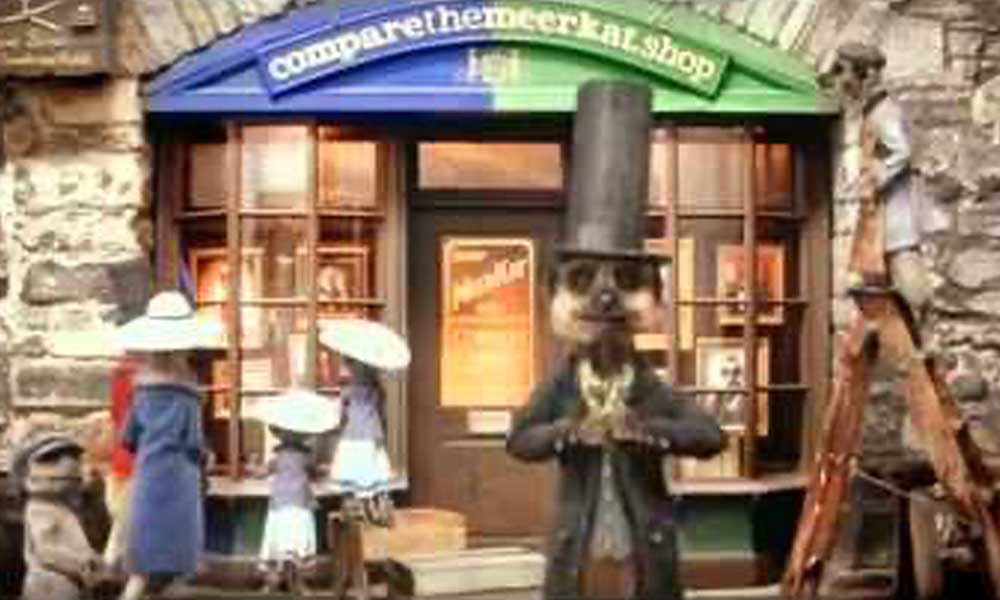 It was a clever play that didn’t just entertain, engage and sell – it also gave the brand a new set of much cheaper search terms they could be discovered for than the overpriced, over-saturated “insurance price comparison sites” terms they’d previously been fighting for. That’s genius in itself.

More than a decade later, Russian oligarch Aleksandr Orlov and his huge and varied family of meerkat characters – brought to life by film production company Passion Pictures, and Director Darren Walsh –  are still going strong. They’ve shared the screen with Nicole Kidman and Arnold Schwarzenegger, become cuddly meerkat toys loved by kids the world over, Aleks has written his own bestselling book (“A simples life: The Life and Times of Aleksander Orlov”), and that catchphrase (“Simples”) has even made it into the Oxford English Dictionary. 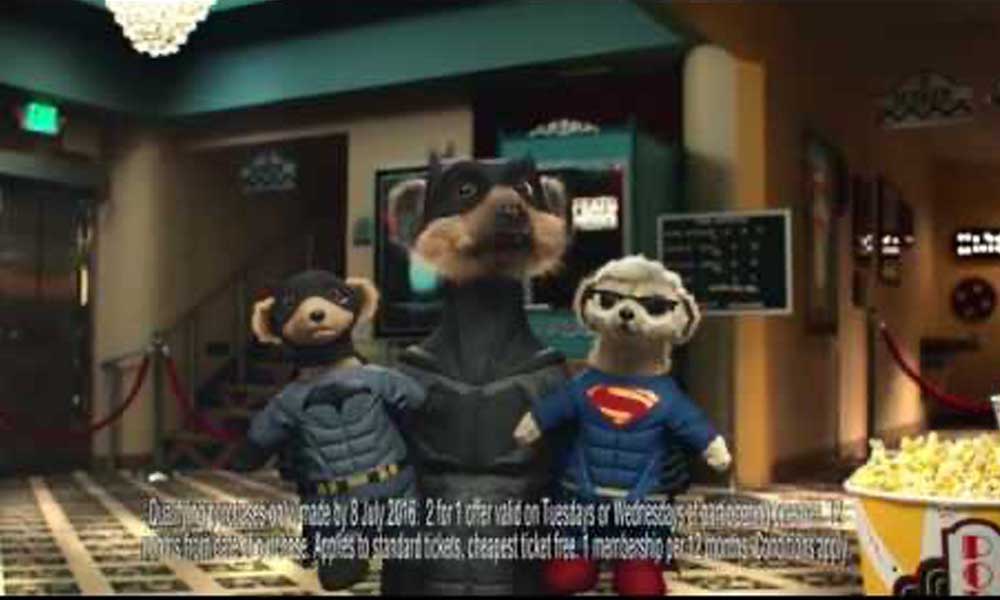 There have been over 110 adverts to date – so choosing our favourite 20 Compare The Market Funny Adverts has been no mean feat. But after much deliberation, we can officially say that these are:

The 20 best Compare The Meerkat adverts ever

The Early Compare The Market Adverts – Keeping it Simple

The very earliest Compare The Market ads were – to coin a phrase – pretty simples. Light on gags, but big on story. Aleksandr sitting in his chair, storybook in hand, telling the story of the life and times of Aleksandr Orlov, and his his ancestors and how they travelled across the sea to land in Meerkovia and set up shop comparing meerkats for a living.

1 – The Orlov Family Backstory (Part One)

In part one of the story, Aleks tells us of his Ancestors, who lived in the Kalahari, living the simples life, until a famine forced them to leave. They sail across the ocean, and arrive on the shores of a new land, for a new life – in Russia. And they didn’t go through all that to give you a good deal on your car insurance…

In this instalment of the Russian meerkat story, Aleksandr’s great grandfather Vital was a captain in the meerkat home guard – when a mongoose snuck up and attacked his unit. After a bloody battle that raged all night long, the mongoose army was eventually driven away – and Vitali was awarded for his bravery. And he didn’t go through all that just so you could get cheap insurance.

In the final part of the Orlov family story, Aleksandr tells how Papa Anton used to roam the streets of Moscow with “Compare The Meerkat Dot Cart”. He struggled for years, and even had to take a second job comparing muskrats. Eventually though, business took off – and he was able to open “Compare The Meerkat Dot Shop”, making himself the most famous name in the meerkat comparison business.

The Town of Meerkovo gets involved

Aleks’ big issue with Compare The Market is that the more popular it gets, the more traffic finds its way accidentally to his website Compare The Meerkat – and that causes serious problems for the people of Meerkovo.

The second generation of commercials saw the good people of Meerkovo lend their support to his message.

An observational documentary style piece on how the influx of unwanted visitors is affected the locals.

With “simples” in the dictionary, and Aleks and the meerkats joining the pantheon of much-loved comedy characters, it wasn’t ever going to be long before cuddly toys arrived.

They could’ve sold these to their “fans” – but Compare The Marketing had an even better trick up their sleeve: they’d give them away from free. That is, so long as you don’t realise just how much more you might be paying for your insurance.

Aleksandr and Sergei arrive at Sarah’s door, and invite themselves in, and explain that the people of Meerkova have sent her a Bogdan toy to thank her for not getting the two websites confused. 2012 was a great year for meerkat fans.

The third generation of Ads, in 2013, centre around the popularity of their free plush toy offer – and the fact that it leaves Sergei completely overworked.

Sergei struggles to keep up with demand, and Aleks can tell. It’s time to make a big change. Sergei thinks that means he’s about to get fired – actually, Aleks has bought him a shiny new laptop, so he can process free plush toy requests 24 hours a day.

An exhausted, overworked Sergei has quit and joined the circus – a place where he can finally get the respect and dignity he deserves. Even if that means he has to be fired out of a cannon, and hit in the face with custard pies.

8 – The stone says cease and desist

On a dark and stormy night, a paratrooper lands in the garden and throws a rock through the window of Aleks’ mansion. It contains a cease and desist letter. Aleksandr is shaken – but he’s not going to let a rock tell him what to do.

By 2014, with Sergei and Aleks potentially running out of steam, their creators decided it was time to expand the family.

The first Ad of this new era features a baby meerkat, left at the door of the mansion, with just a note and a name: Oleg.

Baby Oleg’s arrival breathed fresh life into the series, and into Aleks and Sergei’s relationship – as they now became fathers overnight.

Of course, no sooner has a new meerkat been added to the family – is a new meerkat added to the range of available plush toys. And this cute commercial sees Baby Oleg himself given one of the new “Baby Oleg” cuddly toys. It sends him straight to sleep.

In order to teach Oleg all about his roots, the Orlov family head off on Safari – for the summer season of Compare The Meerkat ads. And of course – that tied in neatly with a limited edition Safari Oleg toy.

The Meerkats go to The Movies

2015 saw the brand jettison their free toys, in favour of a new offer – Meerkat Movies – giving those who take our their insurance via their price comparison website 2 for 1 cinema tickets for an entire year.

This new era also included a whole host of celebrity cameos – as we’re about to find out.

Aleks turns on the charm with a movie producer (Joseph Cortese) in order to land the two for one deal he needs to be able to offer to subscribers.

13 – getting free tickets from Arnie

Arnold Schwarzenegger guest stars – as the meerkats blackmail him for free tickets to give away to his new film Terminator Genesis. “If we no get those tickets – we’ll be back!”.

14 – a date with Nicole Kidman

Sergei’s off on a date – with Nicole Kidman! This is also rumoured to be the Ad that kickstarted the “meerkat meals” idea.

The Meerkats are IN The Movies

2016 saw things taken up a notch – as Sergei and Aleks head to the cinema, but somehow keep finding themselves “in” big budget movie scenes alone the way.

Dressed as Superman and Batman, on the way to see the new Superman movie, Sergei and Aleks have car trouble – and have to run through the smog. A journey that parodies both franchises.

On their way across America, in their camper van, our duo realise there’s a bomb on the “bus” – and unless they keep above 40 miles per hour, they’ll be in trouble.

Continuing in their motor home, they pick up Macaulay Culkin. He’s bigger than they expected – but they still try and show him a fun time.

Aleks is Rose, Sergei is Jack. We don’t quite see him paint her like one of his French girls – but we do get to enjoy them as the King (and queen) of the meerkat world.

Aleks is all alone at home, when an imposing figure appears in the doorway. The imperial march plays – and as he steps forwards, we can see the silhouette – it’s Darth Vader. Well, almost. It’s Sergei – bringing in the new limited edition Meerkat Movies Star Wars toys.

Auto-Sergei and the era of automation

It’s 2020, and it’s all about AI and automation – which is why Compare The Market brought not just its advertising, but it’s product, bang up to date. As we’re about to find out, Auto Sergei does it all. Except actually drive the car.

Sergei is driving Alexandr in a swanky new car. There’s a communication mix-up and Sergei thinks that the car is completely automated, when actually it’s the car insurance, so he lies back and thinks of England. Hilarity ensues when they head towards a cliff-edge.

And that’s it. The 20 best Compare The Market ads all in one place.

Have we missed one of your faves? Get in touch and let us know.