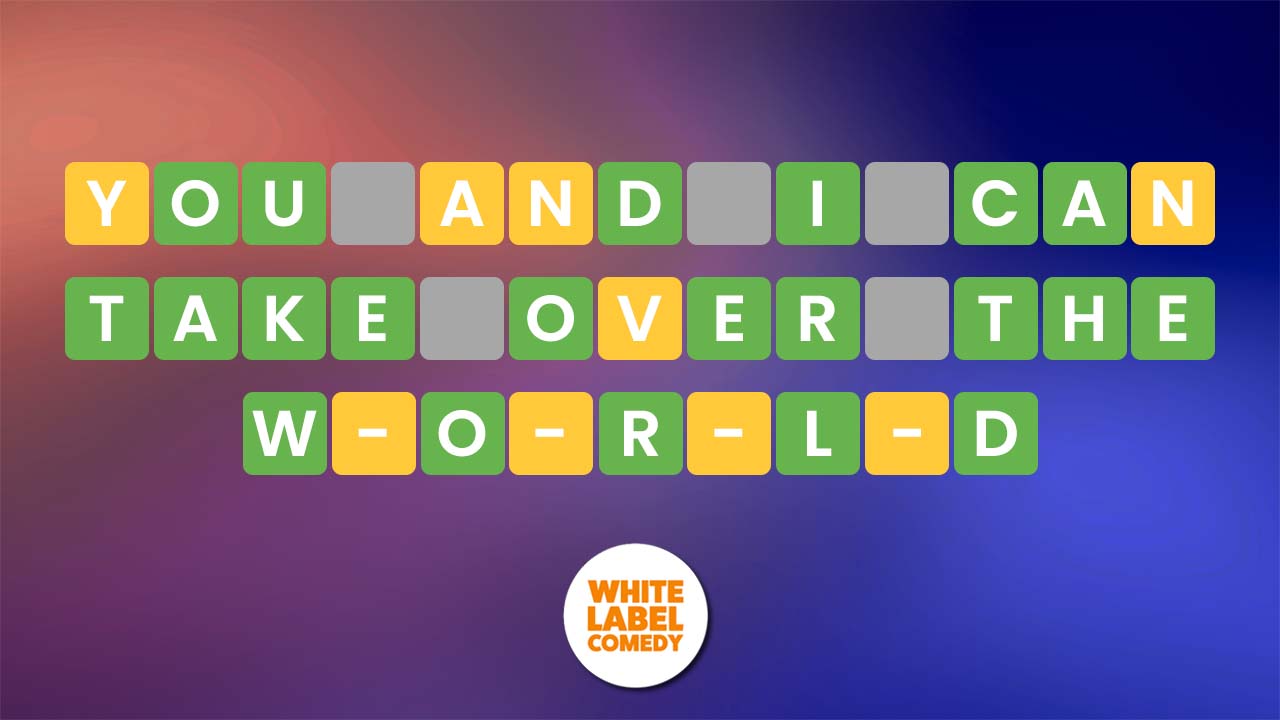 What’s the single WORST thing you can post on social?

Until very recently, I’d have said “your Wordle score”.

(And yes, I would’ve ranked that higher than “a fresh vlog from a terrorist organisation”.)

I just didn’t understand the hype.

To me, Wordle was just another silly game on the internet – but without the pizzaz and nuance of Farmville.

So why was my Twitter feed littered with yellow and green squares?

And yes, I was incredibly jealous when it sold for a million dollars. Seven figures. For a five-letter word game?

Ok, so I hadn’t actually tried it…

Eventually, they wore me down.

By ‘they’, I mean my friends, my family, ex-colleagues, current employees, that weird guy from the uni Quidditch team…

In other words, all my social connections who were slavishly giving this game free publicity every single day by sharing their scores…

They all contributed to me lowering my guard.

One fateful Thursday morning, I tried it.

There’s a HUGE lesson for us all here.

(And it’s not just “try READY as your starter word” – although you should do that too.)

Can you imagine if Wordle had run pushy Facebook Ads, shouting about the game’s ‘benefits’ and ‘features’?

Wordle was an organic viral success because social media users shared their scores – and they did that because this allowed them to declare their ideal selves.

It gave them a convenient shorthand to tell their social connections, “Look! I’m smart!”

Until ultimately, even the most ardent haters couldn’t resist checking it out.

You can do the same.

(No, not “invent a million dollar word game”…)

THEN you can sit back and ponder the Wordle, while that content’s organic reach explodes, taking over the internet and leading new audiences straight to your shopfront…

Want to see what that viral-ready content looks like (and be very pleasantly surprised at what it costs)?

Advertising Creative, Copywriter, TV Producer, Comedy Writer and the Founder and Creative Director of White Label Comedy
PrevPreviousDo it for your front teeth
NextThe end of targeting (I can’t wait)Next