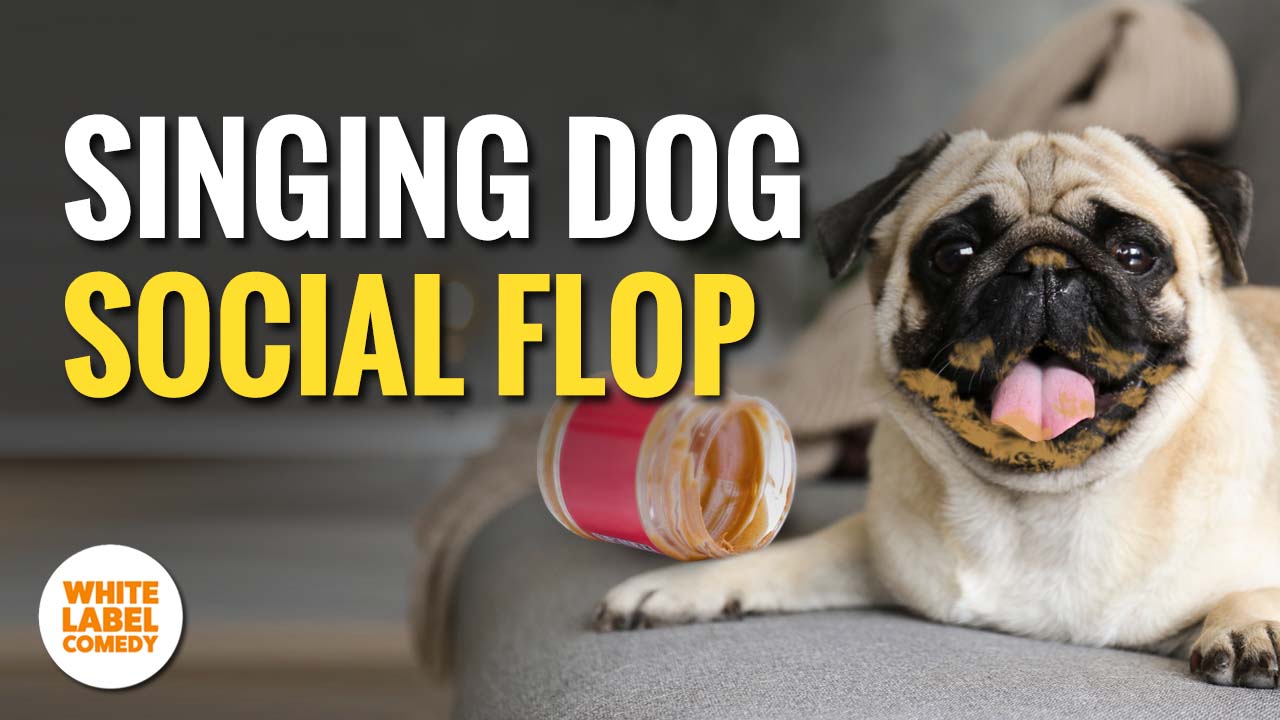 I’m sharing this painful memory in the hopes that it’ll help you.

The year was 2011. I was an up-and-coming TV producer, and White Label Comedy wasn’t even a twinkle in my eye…

But I was starting to develop theories on how to make a splash on social media.

And I intended to start with my personal Facebook page.

For far too long, I had languished in the realm of single digit engagement…

While other creative types were enjoying likes and comments by the bucketload – a new type of temporary fame that I was keen to experience for myself.

And so, for eight months, I painstakingly trained Ralph the Pug to sing along to The A Team – Ed Sheeran’s cheery folk pop banger about a sex worker addicted to crack cocaine.

My peanut butter expenditure exploded – my love life, less so – but it was ALL going to be worth it when those thousands of likes came pouring in…

I posted the video. Held my breath.

“Ready to be a superstar, Ralph?”

“They say she’s in the Class A team”, he replied, just like he’d been trained to do.

Want to know how many likes that video got?

“Poor Ralph! You shouldn’t exploit an animal like that!”

“Adam – is this why you’ve been so tired at work?”

“This is Ed’s lawyer. Remove his song from this video.”

…I still think of this as a huge success.

Because I learned what NOT to do if you want massive engagement.

(And we now do the exact opposite for our clients here at White Label Comedy.)

Don’t burn time, money and effort on creating content based on what you assume your audience wants.

Especially when that assumption is based on guesswork.

You’ll waste your resources for little-to-no-return – and worse, you’ll risk a backlash.

Instead, give your audience what they actually want.

But how do you find out what that is?

Advertising Creative, Copywriter, TV Producer, Comedy Writer and the Founder and Creative Director of White Label Comedy
PrevPreviousReady for anything?
NextHave you heard about the Angel of Death?Next