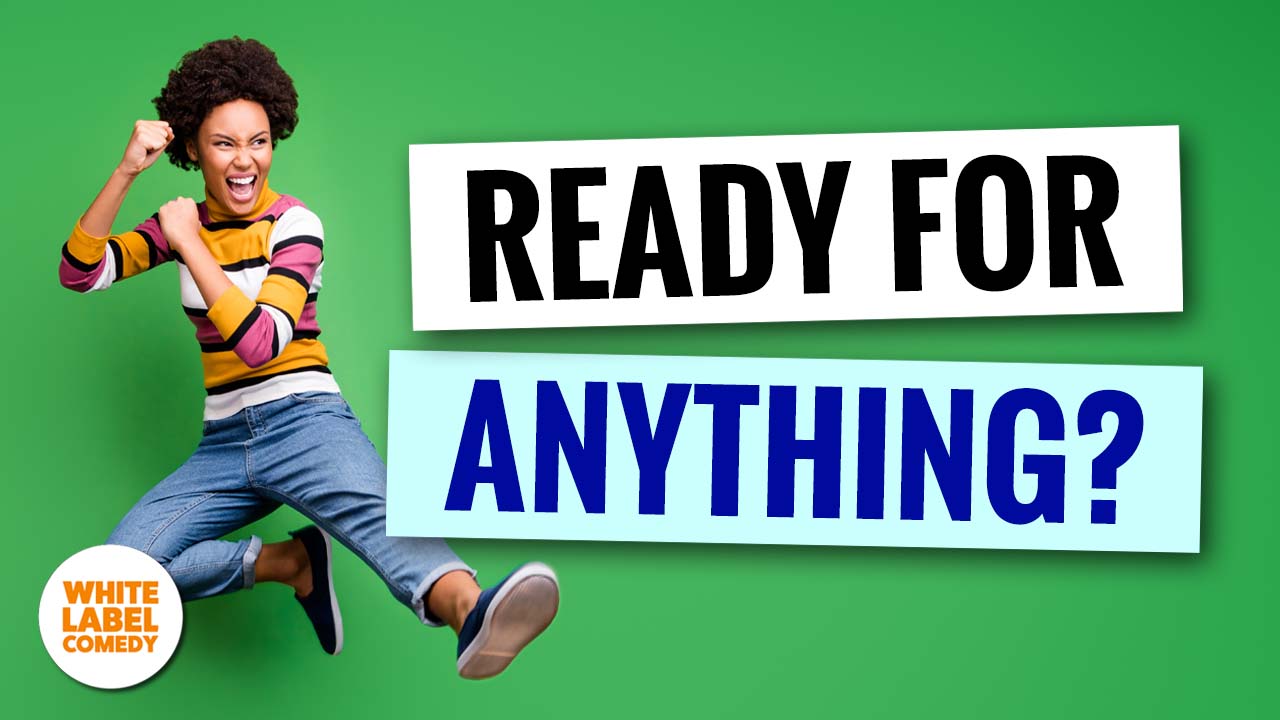 Fancy a 1751% increase in engagement? You’ll have to move quick…

On Thursday, Bojo himself announced his resignation (he’ll presumably return to his true calling: standing in a field to scare away crows).

But NONE of it matters.

What actually matters is that on Wednesday evening – when British social media audiences were talking about one thing and one thing only – supermarket Iceland tweeted this: 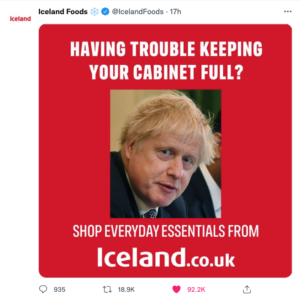 One that could only have landed at precisely that moment.

And just look how well it landed.

Engagement on this post is still pouring in, days later – but I’m a busy boy and I’ve sprained my screenshot muscle – and even in this early snapshot, you can see Iceland enjoying a 1751% boost in engagement compared to their previous tweet.

Can you imagine what that kind of engagement explosion would do for YOUR business?

Iceland will be riding the algorithmic wave of this viral success for weeks – getting each and every post in front of thousands more eyes.

Not only that – this joke will stick in audiences’ minds for years.

They’ll be remembered as the brand that saw an opportunity, moved fast and dared to entertain – at a time when most brands had already logged off for the night.

There are plenty of ideas you should steal from this.

It takes a skilled comedy writer to tread that line.

(Didn’t keep your products in cabinets? You do now.)

But really – none of this would’ve been possible if Iceland weren’t READY to react.

Prepared for this specific scenario? No. They were prepared for anything.

Their social strategy includes a mix of pre-planned and reactive content.

They have a team of funny social media natives on standby, ready to react at lightning speed – to whatever their audience is talking about, at any given time.

Safe to say, that smart forward-thinking has more than paid off.

Huge opportunities like this – topical conversations that hog the conversation for an hour, a day, a week – come and go in your audience’s world ALL THE TIME.

But only the brands who are ready – with the right team waiting in the wings – get to reap the rewards.

Want to be ready for next time? Book a call and ask me about our Reactive Social packages.