Avoid this mistake when making jokes 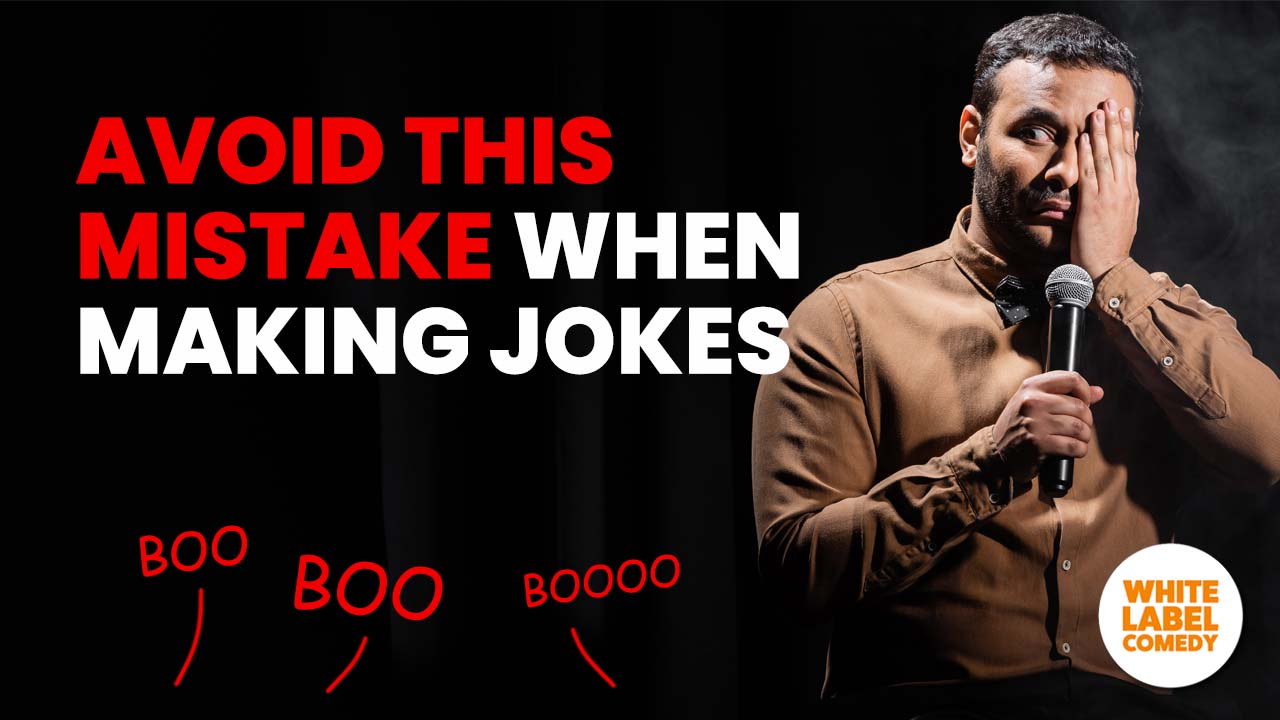 Last night I was at a comedy gig, and the compere did an amazing job of getting us excited for the acts – but only because his own material was so terrible.

As most comperes do, he was trying to get the audience onside by making jokes about the area the gig was in – Peckham.

But he couldn’t decide whether Peckham was “posh”, “grim”, or “hipster” – changing his frame of reference for us from joke to joke, presumably because he just had a load of disconnected material that he was desperately trying to make fit.

Come on, mate. It can either be ‘the Arkham Asylum of southeast London’ OR ‘smashed avocado and oat milk flat whites-ville’.

At the end of the show, he admitted he’d never been to Peckham (SHOCKER).

He also blamed the audience for our lack of “being up for it” rather than being aware that we weren’t up for it because he didn’t relate to us – the people who live in Peckham.*

*The part of London that was famously also home to Del Boy and Rodney Trotter – which honestly might’ve led to better jokes, despite being a 40 year-old reference…

His jokes were all technically sound.

Everything was there. We should have been laughing.

But the punchlines didn’t relate to us – the audience – so no one laughed.

In fact, some of us – while we were busy not laughing – made a mental note to absolutely destroy the guy in an email the following day.

(Top tip: never invite someone who spends all day analysing jokes to your comedy gig.)

If you want your jokes to land – they can’t just be ‘technically funny’. You need to make them ring true for your audience.

That’s why in The Social Success Machine Blueprint & Masterclass, we have a whole chapter dedicated to making sure your jokes land easily: “Become Binge-Worthy Effortlessly”.

Finding your audience’s Relatable Truths is the secret to always getting laughs.

These are things that make your audience go, “OMG, that’s so me”, or “that’s so true”.

It might be a Batman reference, a witty observation about the hipster-y way they take their coffee, or a throwback to a beloved 80s sitcom – but you can’t just rapid-fire all of the above and hope for the best.

There are 12 different types of Relatable Truth you need to gather if you want to craft a mix of content to entertain, engage and – most importantly – SELL.

If you want to be sure all your jokes get laughs, you can pick up a copy of The Social Success Machine Blueprint & Masterclass here:
https://whitelabelcomedy.com/tssm-blueprint-social

A huge discount and a FREE copy of one of our most popular products.

Details are all here:
https://whitelabelcomedy.com/tssm-blueprint-social

In the meantime, I’m off to grab a late brunch while dressed as the Joker. It’s the Peckham way.