Comedy: the safest way for brands to take a stand 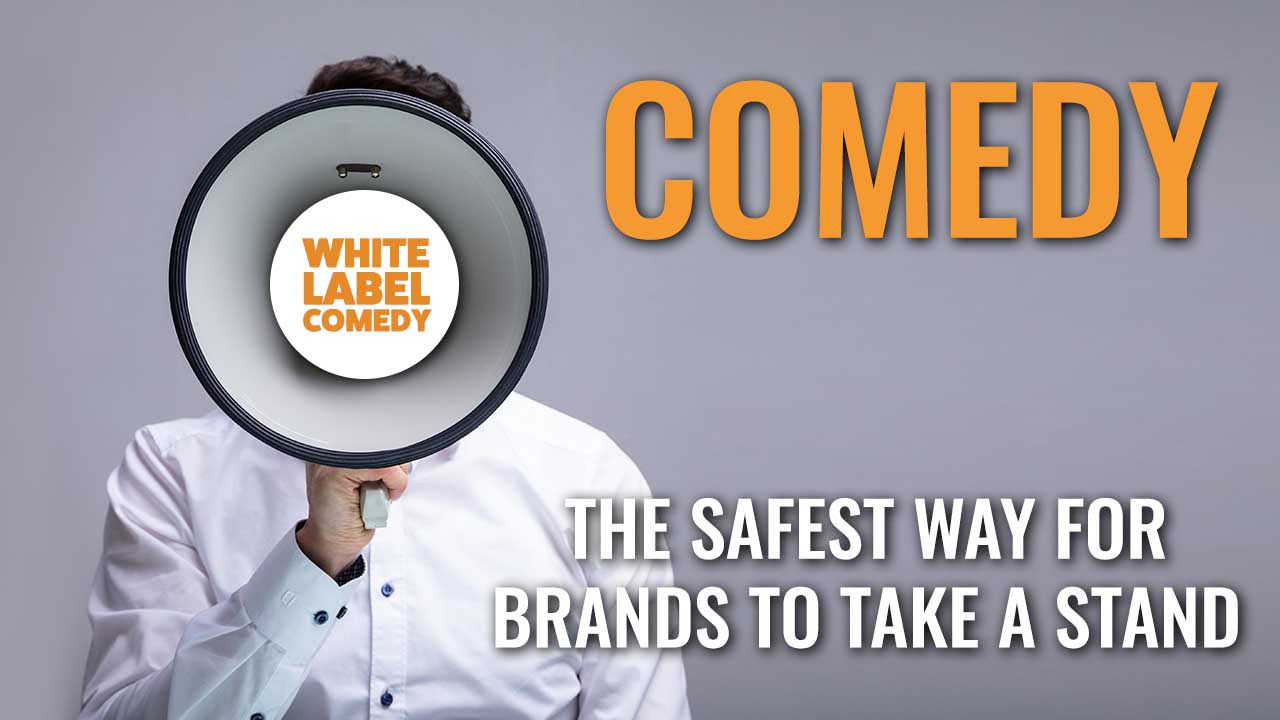 If you’ve read Mark Schaefer’s book ‘Marketing Rebellion’, you’ll know that two thirds of consumers will choose, switch to, avoid and even boycott brands based on where they stand on the issues that matter to us.

It doesn’t matter whether the brands, or the products, have anything to do with the issue in question – and what’s more – not taking a stand on an issue can be just as damaging as taking the wrong stand.

That can make things especially tricky when different segments of your audience take opposing views on a hot topic – which is why many brands run a mile from taking a stand.

But when you can be confident that the vast majority of your target audience is in agreement – having the balls to take a stand can supersize their affinity, and their loyalty, and have an instant impact on your bottom line.

Still a scary idea though, isn’t it.

Last month, the Prime Minister’s chief adviser, Dominic Cummings, broke England’s lockdown rules by travelling 260 miles and did not issue an apology — he was then defended by the majority of Conservative MPs. The country was furious.

It’s the perfect issue to take a stand against.

You could just say “that’s wrong – he should resign” – but what if public opinion goes the other way? You might be forced to backtrack.

Instead, though, you could use a joke to point out the hypocrisy of the situation – and do it in a way that ties in with your brand.

We’ve been beaten. It’s official. Telling people you don’t think Dominic Cummings did anything wrong is now the most effective contraceptive.

It turns out the best protection is having Tory mates. Who knew?

Or even – if they were feeling particularly fruity:

Missing sex? Don’t worry, the government has promised to f**k us all.

Ok – that one probably wouldn’t get past compliance – but that’s also the point.

Whatever your brand’s tone, and values – there’s a way to turn any big story into a joke that takes a stand, without seeming out of place.

Not only are jokes easier to backtrack away from than direct statements – the fact that you made the stand to begin is much more likely to be noticed – because you’ve taken your stand in a format that people will want to share.

The ones who agree with it, anyway 🙂

Whether you want a safe way to take a stand, or you just want to entertain and engage your audience the old fashioned way – now’s probably a good time to mention that we’re days away from launching our Summer Pay As You Go Content Packs.

We used to be all about the monthly packages – but now, we’re mixing things up.

Commission 20, 40, 80 or 160 pieces of bespoke hand-crafted comedy content – and just come back for more once you’ve used it all up and you’re hungry for more of the same.

There are only so many jokes we can generate each week – so packs will be strictly limited.

For all the info you need (and to join our wait list so you’re the first to know when the cart is open) click here: