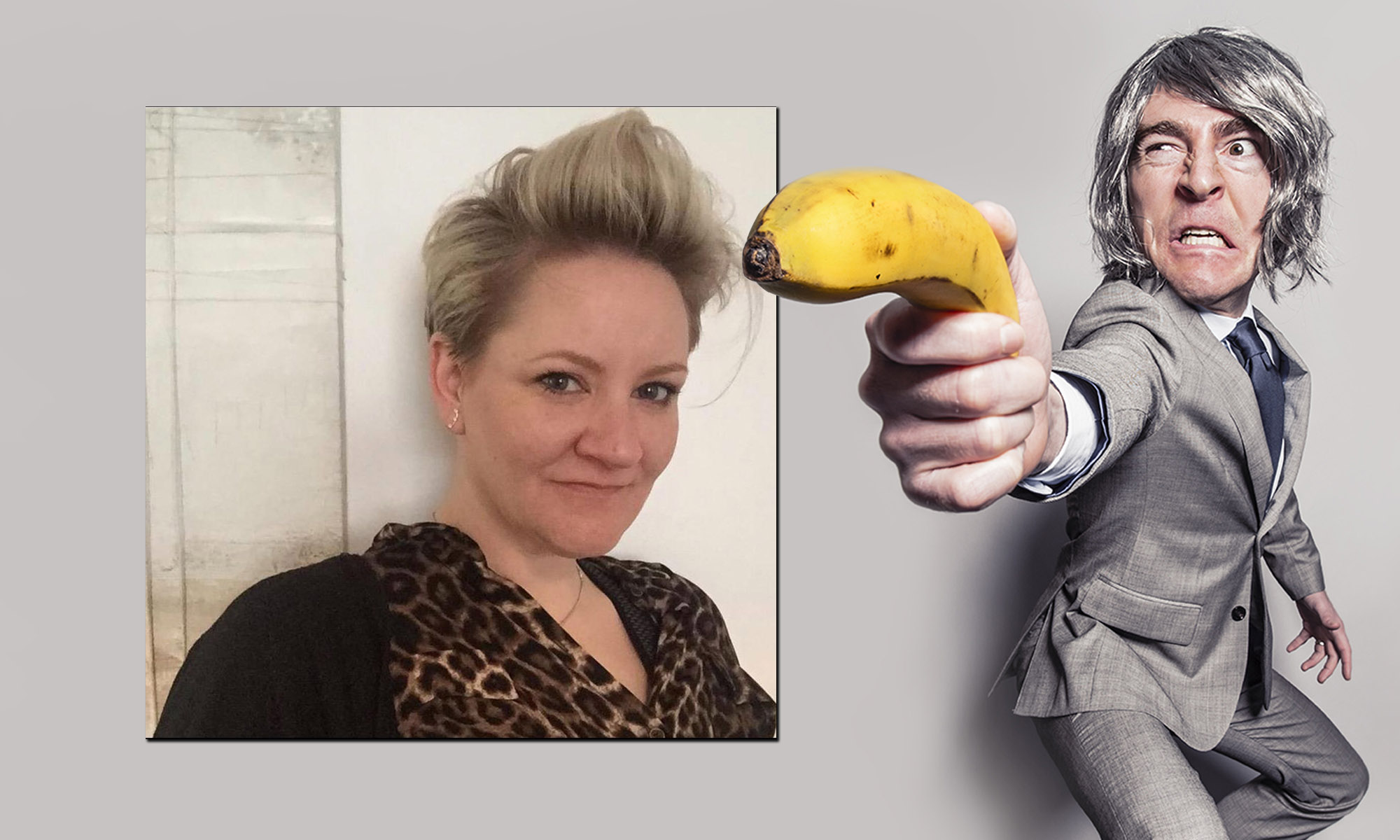 White Label Comedy is a Creative Agency powered by a hive mind of Comedy Writers and Advertising Copywriters – working together to create comedy content that’s on-brand, on-message, and sells.

We’re the writers room that lives in your back pocket – and if you’re going to invite us to move in, we should probably all get to know each other first. So each week we’ll be introducing you to another member of the White Label Comedy team. 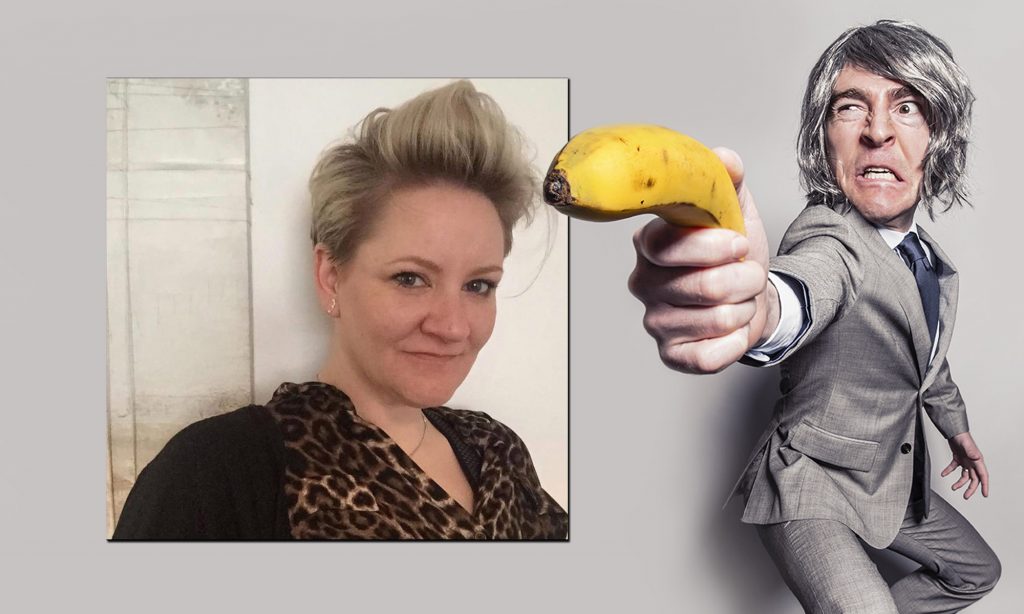 WLM: WHAT’S YOUR COMEDY BACKGROUND, OUTSIDE OF WHITE LABEL?

I’ve been writing fiction for four years. I’d like to think that each of my commercial fiction novels have a good dose of humour in them, mainly because though I sometimes write about quite dark or emotive subject matters, I’m also aware of how funny moments that are supposed to be sombre can be.

In the last eighteen months, alongside my novels, I’ve teamed up with a writing partner to develop some ideas for TV sitcoms. We’re influenced by writers like Caroline Ahearne, Victoria Wood and Alan Bennett, plus TV shows like Spaced, Black Books and Detectorists. It’s still very early days for us, but we’ve had some great feedback to some of our early work and I fully believe our time will come.

WLM: HOW WOULD YOU SUM UP THE WHITE LABEL ‘PROCESS’? AND WHAT DOES IT OFFER OUR CLIENTS THAT THEY WOULDN’T BE ABLE TO GET ELSEWHERE?

The wealth of skill and voice across the team is priceless, and genuinely offers clients a return that can be finely tuned and tailored to their brand. It operates on multi levels too, so where one person may respond with one gag or funny, another may contribute and develop it, and so that continues until the client receives a rich and well rounded response to their brief. Equally, because of the diversity in humour, style and voice, there will always be an approach or voice that fits a client brand. Ever heard the saying too many cooks? In this case, it’s the opposite. Our many cooks are rustling up a cracking broth. One of those really moreish ones, seasoned within an inch of its tasty life. So grab your bread and give us a dunk… I’m sorry, I may have taken this metaphor too far.

I particularly enjoy finding the funny in an existing talk or speech. Something where a client has something they want to say, but they want to add warmth and humour to really get their message to land. The chance to get into someone’s speech (head) and write comedy that adds value to their message (voice), I find that really interesting… bordering on geeky.

WLM: WHAT DO YOU GET FROM BEING A PART OF WHITE LABEL?

You mean apart from the feeling that I am not shouting into an abyss for all of my days..? Learning from the rest of the team is something I particularly enjoy. It’s a team brimming with experience, knowledge and really funny people. When people are being brilliant, you feel inclined to push harder, be better, I really appreciate that aspect of it. Knowing that I’m a tiny cog in a productive wheel is something I really do value.

WLM: WHAT’S BEEN YOUR FAVOURITE WHITE LABEL MOMENT SO FAR?

Watching the pure joy and pride across the whole team when we hit our first big TV gig with some writing for The One Show. Whilst I wasn’t on board for that particular gig, I was by the time it came out, it was so nice to see how chuffed people were to see their work paying off. That and being able to take the occasional pop at Piers Morgan through the medium of satire, that always makes my day.

WLM: WHAT ELSE ARE YOU UP TO, OUTSIDE OF WHITE LABEL?

I’ve just been offered a new two book deal so am busy writing the first draft of one of those, whilst dealing with structural edits on the other one. I’m also developing a new TV idea with my writing partner, and there are a few irons in stage play fires that I’m exploring. I’m also on my knees praying every day that all this work will at some point pay my mortgage.

WLM: OUTSIDE OF OUR WHITE LABEL PROJECTS, ARE THERE ANY EXAMPLES OF COMEDY AND ADVERTISING COMING TOGETHER THAT MAKE GOOD TOUCH-POINTS WHEN COMING UP WITH NEW IDEAS?

I like the James Blunt ad for The National Lottery

The ability to take the mick out of ourselves is something I think UK audiences particularly relate to. Let’s face it, the majority of us couldn’t stand to listen to any of his music, but we’re very happy to watch him send himself up. This kind of humour keeps a brand in mind.

I also like the recent stand up ads for Nationwide

For what is ostensibly one of the most boring products most of us have to use, at least this way, we’re reminded because it might have made us laugh, as opposed to because we’re raging about the old Halifax man ads from the 1990’s. (That said, the later ads that parodied Ghostbusters did make me smile… I mean, Ghostbusters!)

To be honest though, I think this might be one of my favourite ads from back in the day. As someone who pretty much only came out with a sociology GCSE, I hang on to the fact that one day, I might be a scientist.

If you can write comedy for a brand that some thirty years later, people still remember, that’s a job well done!

WANT TO TALK ABOUT HOW ANNA AND THE REST OF THE WHITE LABEL HIVE MIND CAN HELP YOUR BRAND FIND ITS FUNNY? GET IN TOUCH!

MOMA kept up with the Kardashians – and Won?