Nationwide Building Society released four thirty-second ads, featuring stand up comedians doing a quick bit on the broad topic of savings. They do their joke; the audience laughs; the on-screen tagline at the end relates back to the joke, kind of. It’s neat — but will it make us put £100 in a Nationwide cash ISA?

For us, Amir Khoshsokhan’s routine (featured) is the highlight, with Laura Smyth’s a close second. The other two, we can take or leave — but different styles of stand up appeal to different people, and Nationwide has been wise to cast the net widely in that respect.

The core idea was to take something that can often seem unattractive and confusing (not the best Tinder bio, I’ll admit) and get people who are likeable and relatable to present. And as we know, the most likeable and relatable people in society are the ones who can make us laugh! There’s also a degree to which juxtaposing a dull product with a glitzy live entertainment context can help make that product seem more exciting.

It’s a decent idea, and one we’d like to see more of — although please, for the love of all that’s funny, never, ever make us rewatch the Coors Light comedy roast rap battle campaign.

However, we wonder whether there’s slightly too much reading required to absorb the key message snuck in at the end of the ad (“You should open a cash ISA with Nationwide!”) and we’d like to see a version in which the comedians riff on cash ISAs specifically, allowing us to absorb the comedy and the messaging at the same time.

As it stands, Nationwide risks leaving viewers entertained, but not informed. 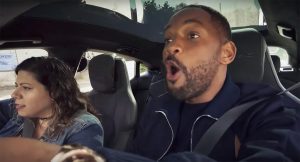 Progressive Insurance – Off the Mara-ket (2020) 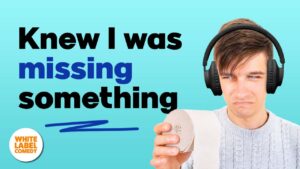 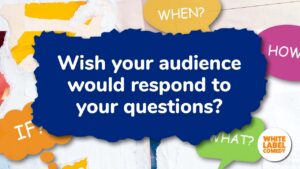 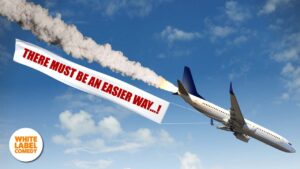 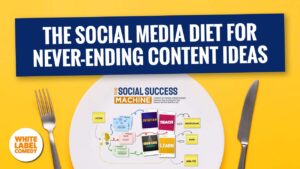 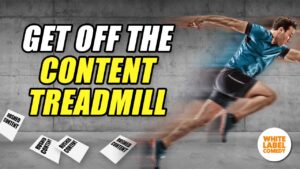