Subject: Guaranteed belly-laughs [Plus a game inside*]

Have you ever wondered why some jokes make you cry-laugh…

…while other jokes leave you feeling palm-sweatingly awkward?

I know I have!

In fact, “what makes an awesome joke?” is a question I’ve spent countless hours pondering. And so has my crack-team of TV Comedy Writers.

So much so that we’ve dedicated a ton of time to gathering…dissecting…and reverse-engineering thousands of gold standard jokes to bring you the answer.

Now you might think that dissecting the inner workings of a gag only matters to joke nerds, professional comedians and people whose parents keep asking when they’re going to get ‘a real job’. But that couldn’t be farther from the truth.

Because jokes aren’t just a way to make people laugh. They’re also a great way for you to make more money in your business. Here’s why.

You see, jokes are one of the most powerful ways to generate engagement and sales on social media.

And so, when you master the art of joke-telling – you gain an uncommon superpower that lets you turn complete strangers into loyal customers who buy from you again and again.

Forget joining the Avengers. This makes you a marketing machine like Marvel itself.

How awesome would it be then, if you could be sure that every joke you create would be laugh-out-loud funny…instead of back-away-slowly-while-calling-the-police uncomfortable?

Well as it turns out, writing great jokes is actually really simple.

Because when you break it down – a joke is nothing more than two ill-fitting ideas, smushed together with a dash of comedy magic.

If you pick apart any good joke, you’ll simply find two ideas that shouldn’t fit together. But do. Because they’re bound to each other with one key ingredient.

And the key ingredient?

The ketchup in the lasagne to a SUCCESSFUL joke?

Now a relatable truth is an unspoken fear, desire, frustration or belief that your ideal prospect agrees with.

(Even better if it’s something they feel simmering beneath the surface…but that they’re struggling to put into words themselves).

Which is where your joke comes in! Your joke provides a vehicle to bring your audience’s uncomfortable…embarrassing…or as-yet-un-nameable truths out into the open.

And that’s when your two disconnected ideas suddenly make perfect (and hilarious) sense to your target audience.

Want to see all of this comedy theory in action?

So what are the components?

Idea 2 = BA’s flights were grounded for the foreseeable future.

Now it’s your turn to have a go at uncovering some relatable truths hidden in the jokes below! 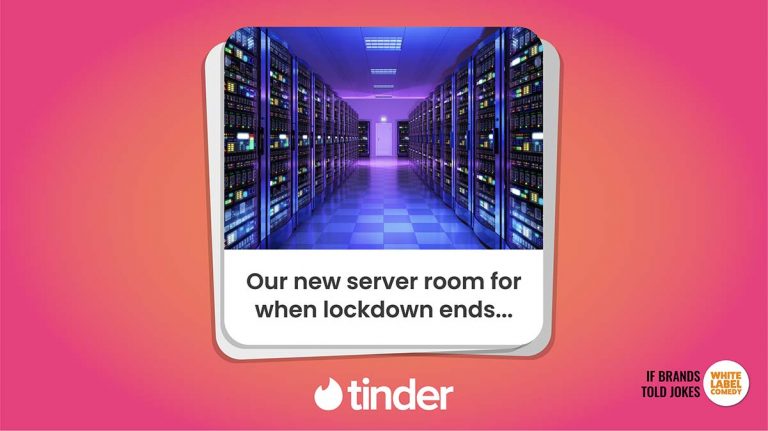 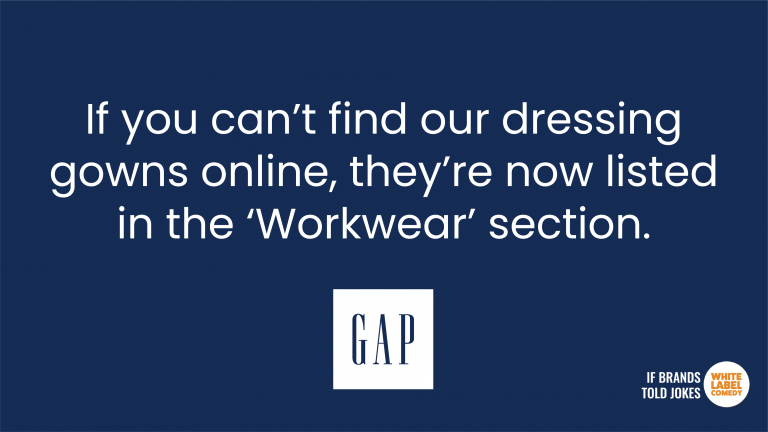 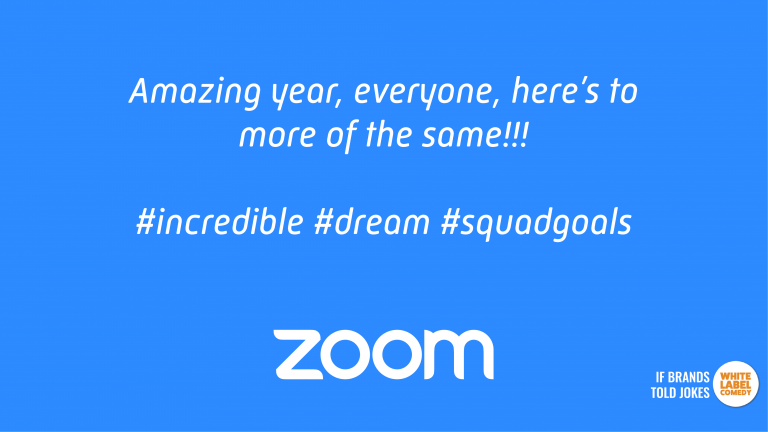 Did you spot the mismatching ideas and relatable truths? Hit reply with your best answers and let’s see if you managed to get them all right.

PS Want a ridiculously simple way to turn your audience’s Relatable Truths into LOL-worthy jokes that get your products selling like hotcakes?

Then pick up your copy of Brands Against Mundanity: Meme-Maker Edition for just $27.

When you grab your copy of Brands Against Mundanity: Meme-Maker Edition, you’ll gain FREE instant access to our 3-part video course – called Writing Jokes That Sell (worth a stonking $97)!

Click to grab your copy of Brands Against Mundanity: Meme-Maker Edition, plus FREE access to Writing Jokes That Sell NOW!